You are here: Home / Journal / Your Complete Guide To Dinosaur Hunting on Skye 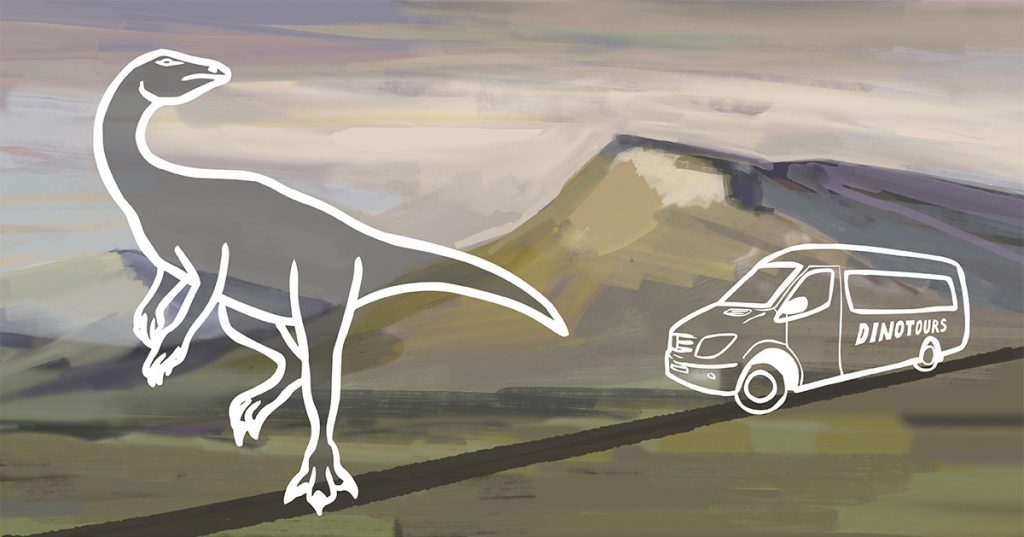 A trip to Skye has always promised to deliver, whether it’s an active break you’re after or a peaceful escape from a busy life. But, with the new, exciting unearthing of even more dinosaur footprints, Skye now has even more to offer, as it further earns its reputation as the “Dinosaur Isle”. Whether you’re an avid fossil hunter yourself, or you’re looking for something to do with the kids, make sure to include a spot of Jurassic fun during your visit to Skye. 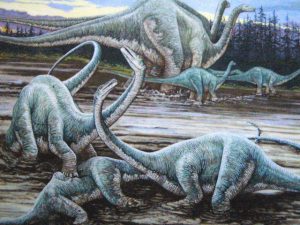 Until recently, any and all dinosaur footprints uncovered on Skye appeared to have belonged to herbivorous dinosaurs, like sauropods. A recent discovery, however, has brought exciting news…Not only do the 50 or so dinosaur footprints confirm the Middle Jurassic Period, but they also show that the island was once home to the real deal: the meat eaters!

Found at Rubha nam Braithrean (or Brother’s Point, as it has been anglicised), the majority of the footprints appear to have been made by four-legged sauropods. These were the largest terrestrial creatures living at this time, which could stand as tall as 60ft, stretch as long as 130ft, and possibly weigh up

to ten times the record weight of a modern elephant! The sauropods that left their marks on Skye weren’t quite this impressive though: considerably smaller, the dinosaurs that roamed our Misty Isle perhaps only stood around 6 or 7ft tall. Nevertheless, the news of this discovery is still thrilling for palaeontologists and dinosaur enthusiasts alike.

Even more importantly, a different series of tracks consisting of three-clawed prints have been attributed to theropods (meaning “beast-footed”), which are fast-moving, bipedal carnivores. The footprints found here belong to smaller dinosaurs, which are the “older cousins” of the Tyrannosaurus Rex!

The Middle Jurassic Period saw dinosaurs evolve from creatures the size of house cats to the great monsters that Hollywood now brings to life. The evidence of dinosaurs from this time, about which little is known, is extremely limited across the world, making this recent discovery all the more exciting! 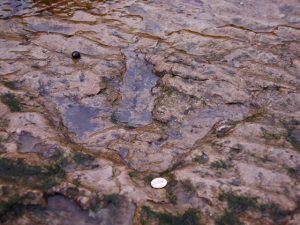 Around 170 million years ago, shortly after the breaking up of Pangea, the supercontinent, Skye wasn’t the ‘Misty Isle’ it is today, but rather a part of a smaller subtropical island much nearer the equator. Since then, many countries suffered a subcontinental drift, meaning that the landmasses separated from each other to form their own islands. Once upon a time where there was once a lagoon, there is now a Loch or coastal perimeter. Where a mountain now stands, there may have once been a seabed. This has led to fossil discoveries in a range of locations, even the most unexpected places. 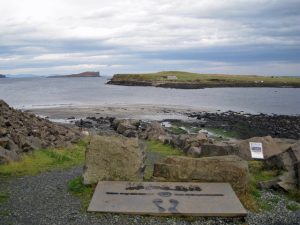 Would you know a dinosaur footprint if you saw one? Below is a little helping hand with finding them. Head over to Staffin Bay, Brother’s Point or Score Bay, Duntulm to see these pockets of history for yourself!
And, to enjoy the whole Jurassic experience, stop in at the Staffin Dinosaur Museum, which was established by Dugald Ross in 1976 when he was just a teenager. Pop in before heading off on your hunt to get local advice on the location of the footprints. You can even take a tour of the infamously difficult to find dinosaur prints, and get a first-hand account from the man who uncovered the famous tracks!

What to remember when you’re hunting for dinosaur footprints: 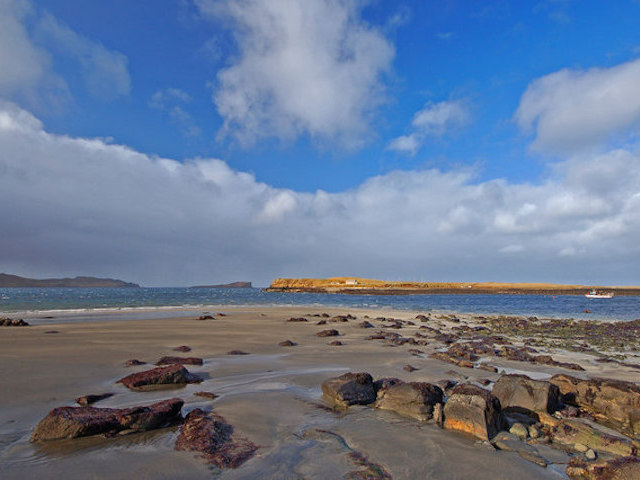 And remember, even if you don’t manage to spot any of the footprints, it’s still great fun crossing the rocky beach, realising that you are standing right where dinosaurs once stood!